As the contentious 2020 election looms nearer, countless Americans will begin to make their predictions for election night. In this blog I will discuss insights from previous elections as well as offer my own predictions for the 2020 presidential election. This introductory post will focus on observational analysis of previous elections. Specifically, this post will examine historical trends in the two-party popular vote, two-party popular vote share margin by state, and swing states. 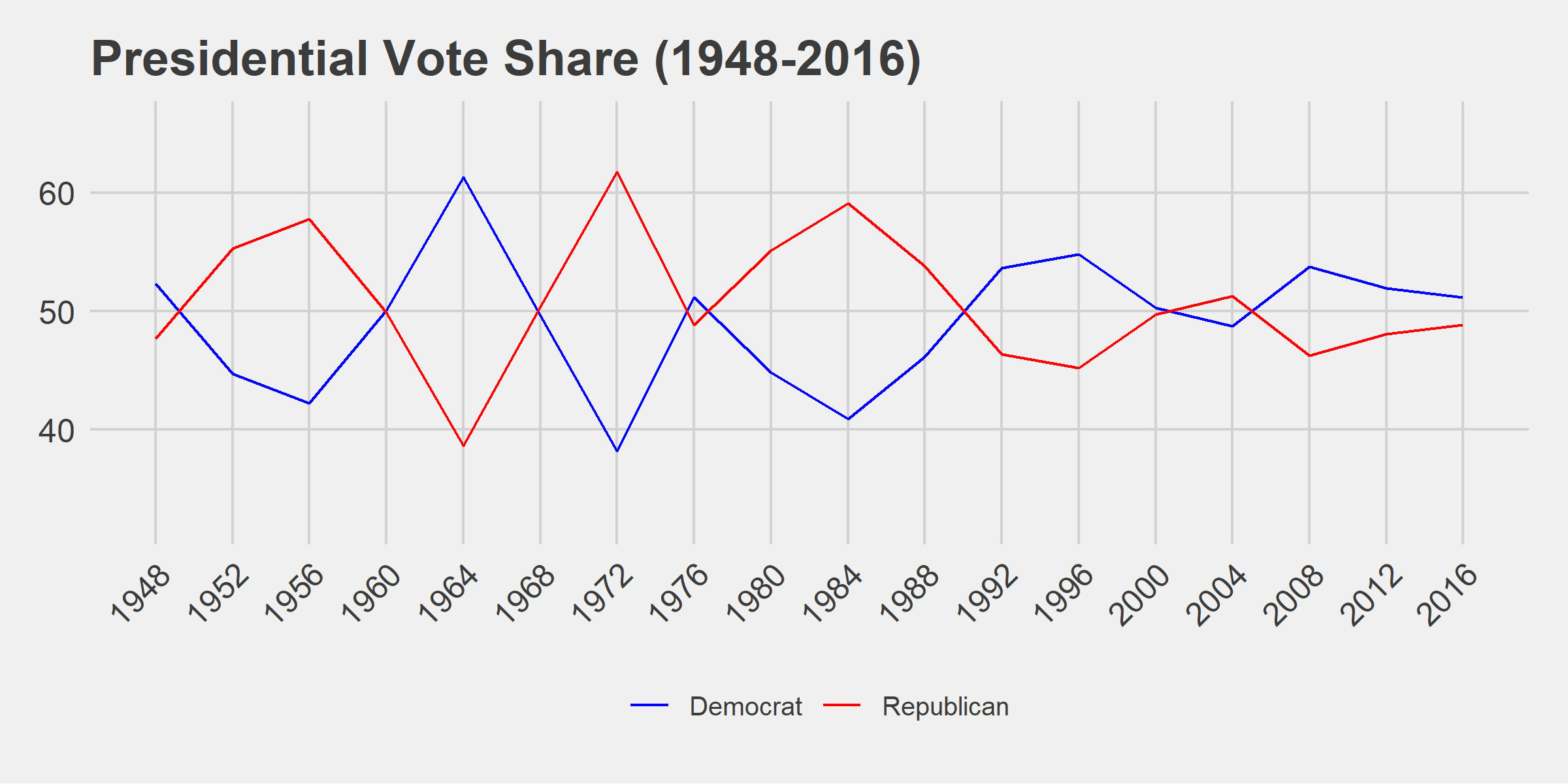 In recent history, the presidential election has generally been a competitive affair; candidates from both major parties have won the election and the popular vote. Only twice in the past 68 years has a candidate won more than 60% of the two-party popular vote share. Additionally, elections are frequently decided by only a few popular vote percentage points. However, due to the electoral college, the share of the popular vote won by each candidate is not the only measure of an election’s outcome. To determine the closeness of past elections, it may be more beneficial to look at the two-party vote share in each state.

Viewing the margins of victory in each state instead of the absolute winner creates an image of America that shows the diversity of opinion that is present everywhere. It also shows the disparities in voting across different geographical regions with the middle of the country leaning Republican and the coasts mostly leaning Democrat. Very few states are dominated by one party and most are close to evenly split. This image also shows the constantly changing opinions of Americans. For example, it is easy to see California becoming more blue in successive years and Wyoming becoming more red. While this clearly displays the closeness of elections in the United States, it would also be useful to see which states have actually swung between voting majority Republican and majority Democrat.

Swing States in the 21st Century

In the past five elections, only 13 states have voted for both parties at least once. Of these, only six voted for both parties at least twice: Nevada, Iowa, Virginia, Ohio, Florida, and Colorado. This shows that while vote margins are very close in many states, most tend to vote for the same party year after year. Only a few states frequently swing from a majority voting for one party to the other. These battleground states are critical in determining the outcome of the election and deserve increased attention. 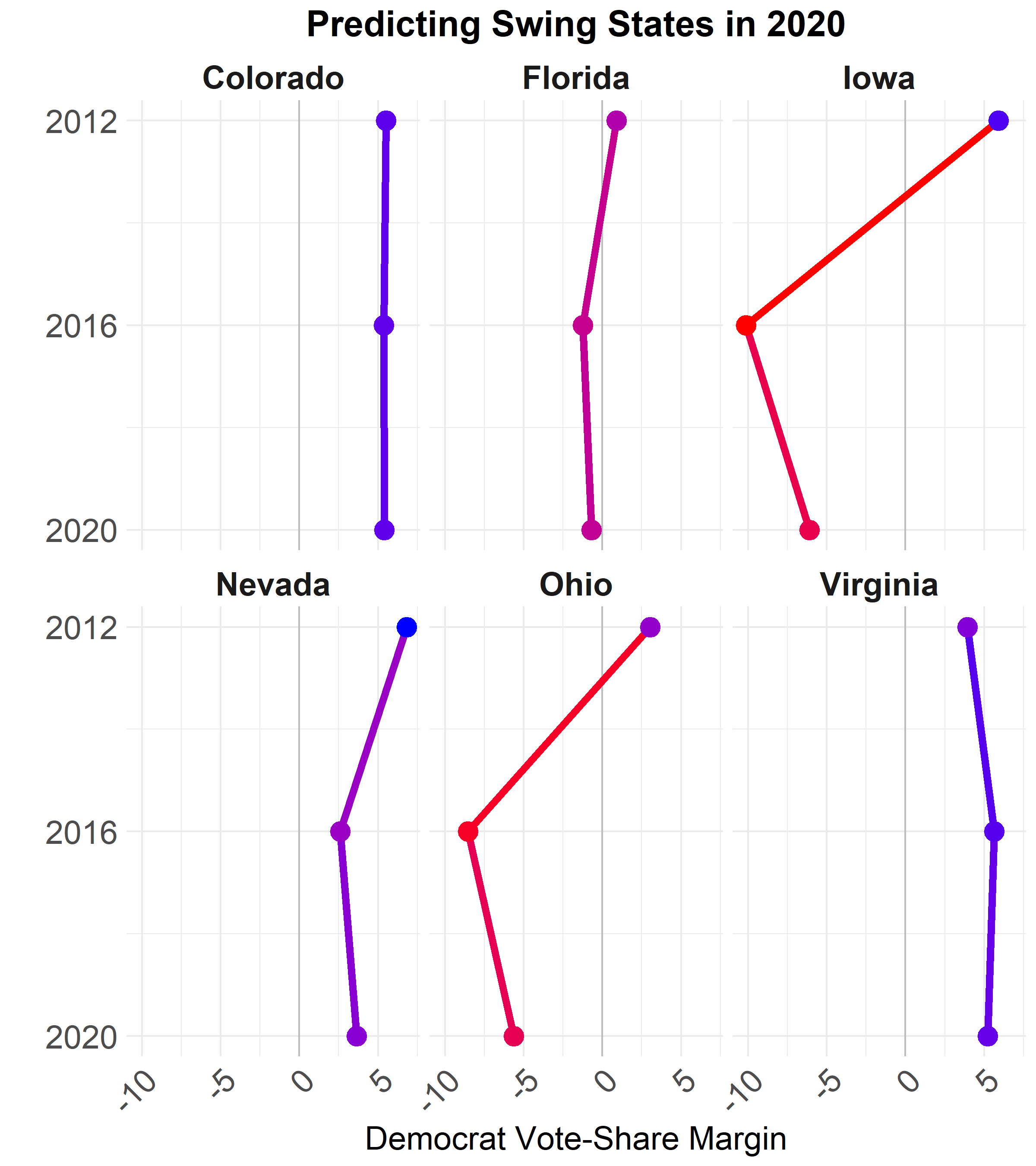 To generate these predictions I used a basic model based on the results of the past two elections:

The estimates for the 2020 vote shares were generated by taking a weighted average of the past elections. The most recent election was weighted more heavily due to its recency. This model predicts that each of these swing states will vote for the same candidate as 2016. However, the victory margins for Florida and Ohio are predicted to be more narrow with Republicans winning the two party vote in Florida by less than a percentage point.